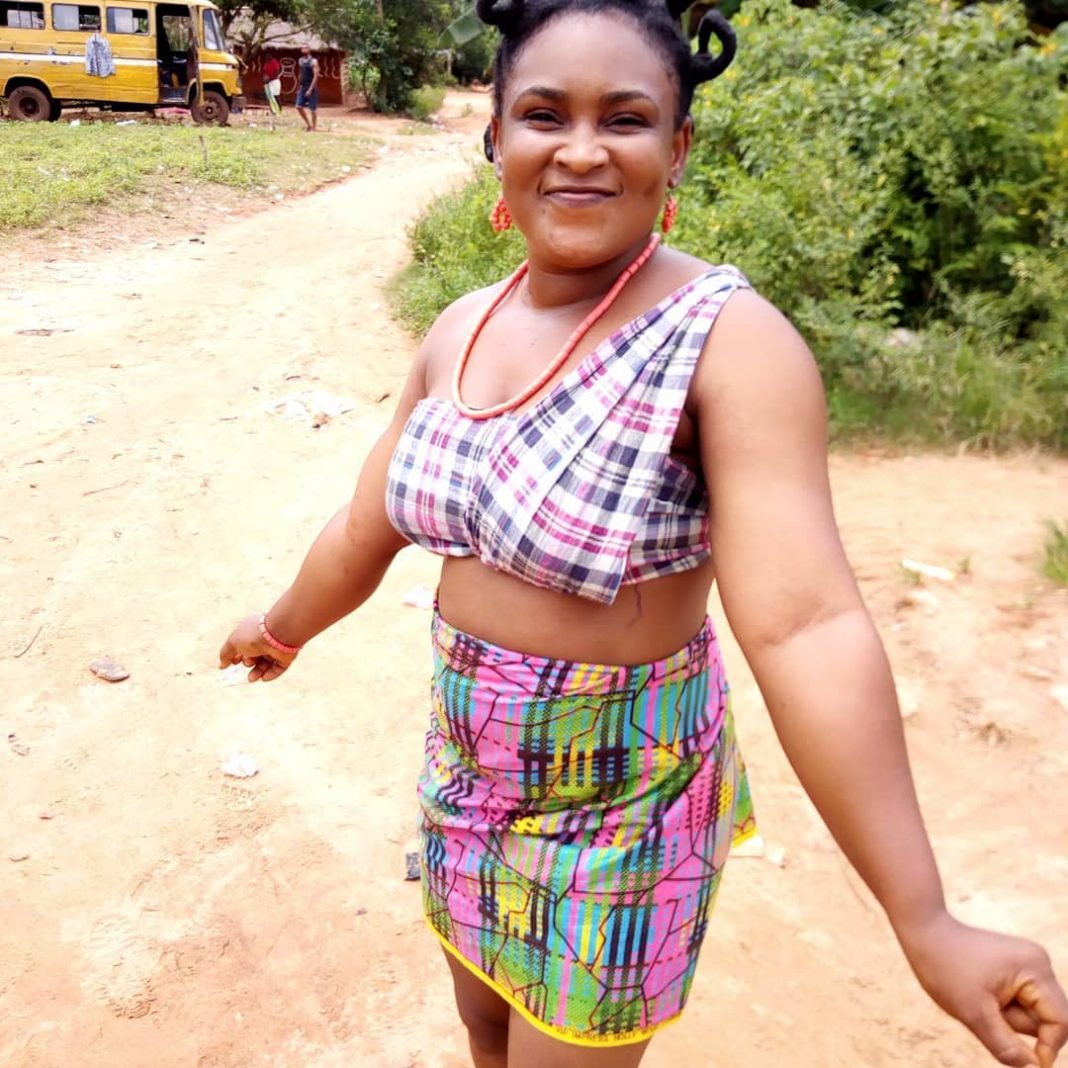 Rising Nollywood Actress  Sylvia Ukaatu revealed that the reasons for her failed relationships was as a result of a blood covenant she took with her lover  when she was 18 years. She further revealed that she took that step and was unaware of the consequences of her actions as she was naïve and in love at the time. Ukaatu disclosed that the covenant was made effective after their breakup and on her realisation, she confronted her ex lover but he refused.

In addition,the  actress explained that she waited many years for the man she took the oath with as he had travelled out of the country. She also revealed that while she was  waiting for him to be back, she tried so many relationships but they all failed. The actress said that when the man eventually returned to Nigeria last year, she begged him to break the oath if he was no longer interested in marrying her, but he ignored her.

The actress later took her Instagram to reveal to her fans that the covenant has been broken. She thanked her fans, friends and well wishers for the care they had given her when they heard the news.

@instablog9ja I want to clear the air and answer most comment about the said ex lover on the oath saga it indeed affected him because all the kids he had outside the relationship never survived it because he was the first to default by denying his first fruit from me, his business over there was facing trials as well, several times he planned getting married without my knowledge but never succeeded before he came back home last year and we broke the oath…secondly the oath was restricted only in marriage . I stood firm in all my trials, because I never defaulted until he did. So for those who never believed in this shit as they call it, it's real…i thank God I came out alive. Thank you again

CCTV Engineer Bumps Into A Video Of His Girlfriend Cheating In A Movie Center. Nigerians...

Photos: The Squirrels Of Benin Training Ahead Of Today’s Game With Super Eagles