When I arrived Washington DC last Friday from Abuja, there were two major newsbreak in the United States. The first, a statement from the family of Senator John McCain that he had halted treatment for brain cancer, 13 months after being diagnosed of the illness. “In the year since, John has surpassed expectations for his survival. But the progress of disease and the inexorable advance of age render their verdict,’’ the McCain family said. The second story had to do with the prosecutorial immunity granted the Trump Organization executive vice president and chief financial officer, Allen Weisselberg, apparently in exchange for information to Special Counsel Robert Mueller about alleged pre-election hush money payments made to some women with whom President Donald Trump reportedly had affairs in the past.

Less than 24 hours after the initial statement, the McCain family announced his death. With that, virtually all major networks in the country started to devote their coverage almost solely to paying tributes to the retired Navy fighter pilot who was shot down over North Vietnam in 1967 and held as a prisoner of war for more than five years, before spending the past 31 years in the Senate. Few former American presidents would receive the kind of rave tributes that the media have reserved for McCain who twice ran for the presidency, losing on both occasions. And it is most fitting that the two men who defeated him, former Presidents George W. Bush and Barack Obama will deliver eulogies on Saturday during his memorial service at the National Cathedral.

Until I left United States on Monday for Ottawa, Canada (where I am currently a guest of Pius Adesanmi and his lovely wife, Muyiwa), McCain was still dominating the major networks and I learnt a lot not only about him but also about life generally and what truly counts. Amid the encomiums, there were several archival television footages from his public life but the most replayed was a particular scene from his presidential campaign in 2008. At that period, McCain was the Republican candidate against Obama, the first African-American to become the candidate of a major political party, who was running on the Democratic platform.

At a town hall in Lakeville, Minnesota in October 2008, McCain was bombarded with all manner of negative rhetoric against his opponent but when one supporter said she was scared of an Obama presidency, McCain replied: “I have to tell you: He is a decent person and a person you don’t have to be scared of as president of the United States.” That drew jeers from the crowd at a period not a few Americans found it difficult coming to terms with the prospect of a black man in the White House.

On that night, many in the campaign audience were unrelenting in their attacks on Obama and felt frustrated that McCain would not take the bait to hit his opponent hard. “The people here in Minnesota want to see a real fight” one man said to which McCain responded, “If you want a fight, we will fight, but we will be respectful. I admire Senator Obama and his accomplishments.” That earned McCain more jeers before one woman said: “I don’t trust Obama, I have read about him. He’s an Arab.”

When politicians are offered such an unsolicited line with which to decimate their opponents, only few would not fall for it and in Nigeria, none of our ‘John the Baptist’ politicians who jump from one party to another would refuse to take advantage, especially with the stake as high as the presidency. But that moment brought out the best in McCain who showed a remarkable character that is in short supply in the world we now live in; one that is sorely needed, especially in Nigeria, if we are ever to develop a political culture that is about respect for others and service to humanity.

The late American senator retrieved the microphone from the woman, shook his head and replied: “No, Ma’am, no. He’s a decent family man; a citizen that I just happen to have disagreements with on fundamental issues and that’s what this campaign is all about.”

In recent weeks, we have witnessed in Nigeria nothing but toxic politics. Abuses, name calling and hate speeches are now fair game, including between and among those who were only a few weeks ago within the same political parties. Yet, for any democracy to work and deliver on public good, according to Michael Ignatieff, a former leader of the Liberal Party of Canada, politicians must respect the difference between an opponent and an enemy. “The problem is that politics is not war, but the only reliable alternative to it. Once we think of politics as war, battle cries drown out democratic persuasion. By slow degrees, belligerence and self-righteousness make cooperation impossible” said Ignatieffoct.
Against the background that we all have common enemies in the poverty that has become a common staple for majority of our citizens, the unemployment that is wasting a whole generation of our young people, the insecurity that is turning our country into a killing field and a myriad of other problems, the ongoing desperation for power definitely cannot be about public good because it renders impossible the kind of unity of purpose we need to muster at such a time as this if we must tackle those challenges. Let’s be honest here, in a milieu where there are no debates on critical issues of the day and where contests for power now feel like zero-sum games, it is difficult to accept that the goal of politics is about building consensus for the general good of the society.

We have a population that is ballooning at a period of shrinking opportunities for majority of our people yet there is hardly any discussion about that by our leaders and those who seek to replace them, even when the rest of the world is worried. On Tuesday in South Africa, visiting British Prime Minister Theresa May used our country to illustrate the point on poverty and inequality. “Much of Nigeria is thriving, with many individuals enjoying the fruits of a resurgent economy, yet 87 million Nigerians live on less than $1 and 90 cents a day, making it home to more very poor people than any other nation in the world,” May stated in what should be another food for thought for the authorities in Nigeria.

As I therefore watched all the encomiums being showered on the late McCain across the political divides, even as fractured as American politics has also become today, no thanks to President Trump, I could not but come to the inescapable conclusion that those who seek power in our country must also begin to think of the legacy they intend to leave behind for posterity. There are more ennobling things in life than retaining powers and privileges or seeking primitive accumulation while our politicians must also understand that they can disagree among themselves without necessarily being disagreeable.

What is particularly more disturbing is that the corrosive politics being practiced in the country has permeated the whole society as there is no longer civility in everyday conversation. Ordinarily, the social media is meant to empower citizens with the requisite tools for interactions but since those who lord themselves over the rest of us have perfected the art of manipulation, young people have also bought into the ‘we-versus-them’ narrative that is being used to divide and plunder by those from whom we should ordinarily demand accountability. Today, it is almost difficult for people to differ on opinions without resorting to abuse or threats of violence essentially because, as I recently told a troll on Twitter, many Nigerians like to judge others by their own standards.

The only way to change that narrative, as indeed we must, is to begin to inculcate a new form of constructive engagement in the public space and embrace politics that places premium on service to the people. And we can all learn from the example of McCain who is getting an exit that only befits a president even when his only armour were the patriotism, impeccable integrity and principle which he brought to bear on his long record of public service to the American people. He was by no means a perfect man (and he himself admitted that much in his last letter) but when it mattered, McCain rose above party, race and creed and went wherever the business of America dictated hence the wave of tributes from across world.

Measured against the towering stature of a man like McCain, Nigerian politicians at the national level present a pitiable picture. Our political culture has remained seasonal, populated by leaders and politicians who remain fixated with their narrow interests that are devoid of values, genuine patriotism or commitment to any known causes or ideals. Yet, participation in politics must be more ennobling than merely seeking power just for the sake of it and we have a lot to learn from the United States, even with all its own internal contradictions.

In the unfolding drama of the Mueller investigation, we see the independence of a judicial process that is using evidential tools to uncover the truth yet the American presidency cannot deploy any dubious ‘national security’ claim to put itself above the law in spite of its enormous powers. What Mueller represents is a feverish effort to protect the integrity of America’s democracy from a massive assault of desperate lies and cover ups. The underlying logic of such investigation, with a focus on the election that brought President Trump to power, is to strengthen the institutions that safeguard the rights of citizens and protect national security.

Meanwhile, it is instructive that by working quietly behind the scene in a most professional manner, Mueller has been able to secure convictions against some former close associates of the president whereas those charged with such powers for criminal investigations in Nigeria would rather peddle, on the pages of newspapers, damaging allegations–for which they lack both the presence of mind and the competence to secure proof–essentially against opponents of the government who are usually their primary targets.

Taken together therefore, both the exemplary life of Senator John McCain that is now being celebrated across political divides in the United States and the progress of the Mueller investigation represent the hidden strengths of America. The lesson is simple: When politicians consider themselves accountable to the people and the security network places the overall interest of the country above regime protection for the incumbent power holders, chances are high that the system will deliver on public good to the greater majority of the people. 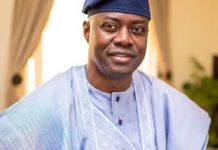 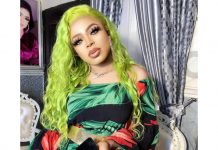 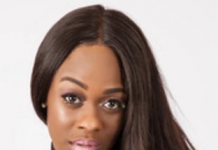