The DMW boss is currently is in the United States of America working on his forthcoming sophomore album made a complain on his Twitter account about someone trying to manipulate the account. 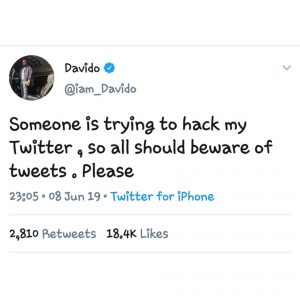 He warned the public to be wary of any ridiculous tweets that hits the internet via his Twitter account as hackers could have found a way through eventually.

This warranted lot of his fans to react to the situation, as many did not see it as a pleasant experience for the 30bg boss, as some gave advices on how to change his password, a fan even pointed fingers at Wizkid’s fans for trying to manipulate the account. 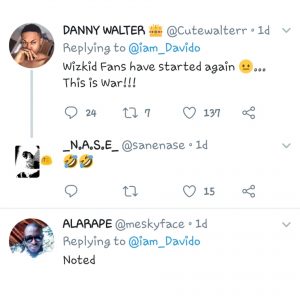